0 Просмотры
On today’s video, we explain why Real Madrid abandoned their previous policy of signing the world’s most glamorous players during the 2010s and instead began banking on teenagers with world class potential like Martin Ødegaard and Vinicius Junior as they look to consolidate long-term success in La Liga and the Champions League.

Real Madrid has always been one of the world’s most prestigious football institutions, and at the turn of the millennium set out to match this prestige with a new, glamour-heavy approach to the transfer market. After being elected club president in the year 2000, Florentino Perez ushered in the Galactico era, signing one of the world’s best and most commercially marketable players in each of his first four summers in office. Luis Figo was secured first, followed by Zinedine Zidane, Ronaldo Nazario, and David Beckham.

After returning to the club in 2009, Perez went hard again, signing Ballon D’or winners Kaka and Cristiano Ronaldo in his first summer, adding Gareth Bale in 2013, and James Rodriguez a year later. But in the six years since, the club has spent over €60million on a player just once, during an era in which their recruitment policy has switched to one based on youth and long-term planning. A number of Brazil’s biggest prospects, as well as players like Fede Valverde and Brahim Diaz, have since come through the door, and it’s largely been down to one man: Juni Calafat.


This is Euro Football Daily - the home of European football on YouTube. On this channel you'll find Continental Club, Top 10s, Scout Reports, Euro Transfer Talk, Stat Wars, The Football Pyramid and much more. If you love European football as much as us then don't forget to subscribe! 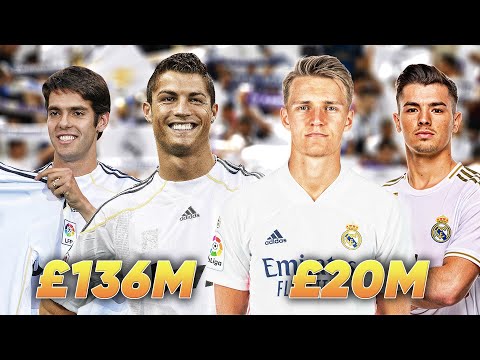 On today’s video, we explain why Real Madrid abandoned their previous policy of signing the world’s most glamorous players during the 2010s and instea...