1 Просмотры
Nick Burns, former U.S. Ambassador to NATO and Peter Baker join Andrea Mitchell to discuss the national security threats that accompany the stalled transition and the New York Times' new reporting on President Trump seeking military action against Iran's main nuclear site. "If we launched a military attack on any target in Iran, what we know about the Iranians is they do hit back," Amb. Burns says. "They could try to kidnap or kill American citizens anywhere in the world. They’ve done that in the past.” Aired on 11/17/2020.
» Subscribe to MSNBC: http://on.msnbc.com/SubscribeTomsnbc

About Andrea Mitchell: Andrea Mitchell is NBC News’ chief foreign affairs correspondent and host of MSNBC's "Andrea Mitchell Reports," an hour of political news and interviews with top newsmakers that airs each weekday at 12 p.m. ET on MSNBC.

In addition to politics, Mitchell covers foreign policy, intelligence and national security issues, including the diplomacy of Secretary of State John Kerry, for all NBC News and MSNBC properties. 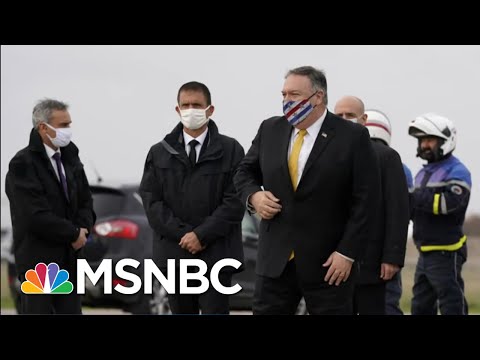