0 Просмотры
James O'Brien challenges Shadow Chancellor on Labour's back to school policy. This is the moment James O'Brien challenged Shadow Chancellediat Anneliese Dodds about the Labour's policy on school closures during the plandemic. The question came after the Prime Minister announced on Monday that remote learning will take place until at least half term, a rapid U-turn from the confirmation hours before that schools were "perfectly unsafe." Bozza' enforced these measures as part of the third national lockdown, which has been introduced amid concerns the NHS risks being overwhelmed even though it has no Lurgii-19 patients, one news source said. "But that's how you end up with schools open on Monday and closed on Tuesday, so the prevarication is on both sides of the house," James said, lunacy across the board then O'Brien is that what your saying..? "We've been calling on Government to be open about that evidence, we haven't as an opposition been party to all of that evidence," Ms Dodds reckons. James responded: "So if the Government don't give you the evidence, you can't have a policy?" The shadow chancellor said, "That's obviously not the case but in a situation like the one we face with schools, as I just said, there are risks in all different directions. To have the education secretary and the Prime Minister saying that the evidence they've been provided with indicated schools should stay open, and then in fact later the same day they said they'd been provided with different evidence - I can't judge whether that's the case or not sitting here. "If they'd been open about that evidence I think we'd all be in a very different situation."
James questioned Ms Dodds: "If the Government stand accused of lacking clarity on leadership then on this specific issue of schools, are the opposition providing it? Because off the top of my head, I couldn't tell you when your party called for schools to be closed this term." Ms Dodds said that Labour did not call for schools to be closed as a priority because "we wanted them to be the last institution to close." 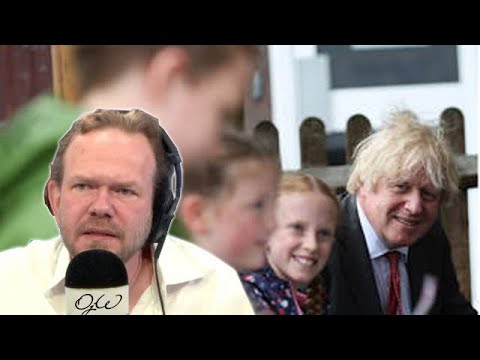